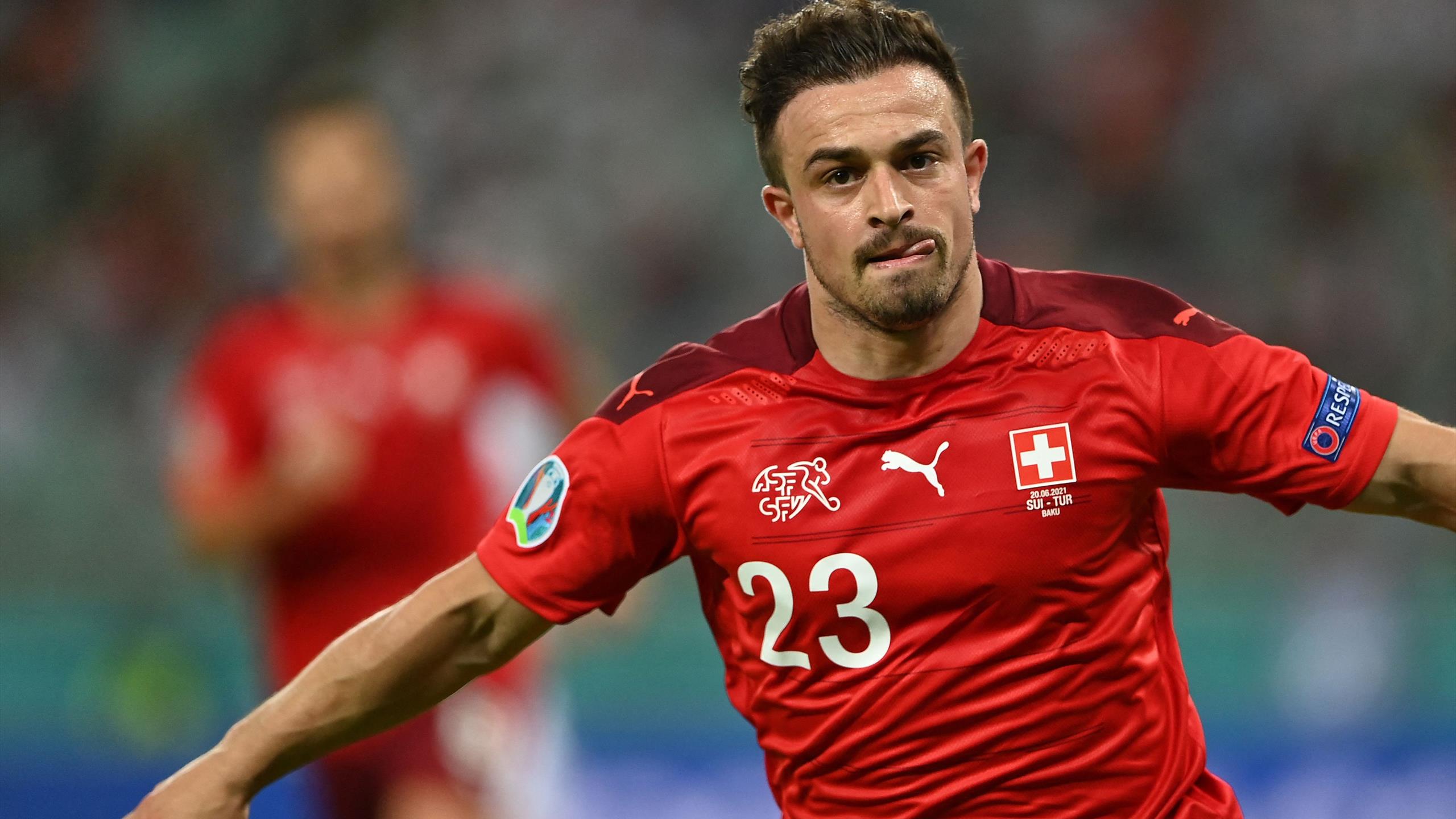 Having fallen down the pecking order at Liverpool quite drastically, Swiss playmaker Xherdan Shaqiri looks almost certain to move on this summer. The Swiss superstar, though, still has plenty of quality in his legs – as he has shown at the Euros. With some uninspiring names being linked with a move for the Swiss-Kosovan, though, his brace of goals and an assist should have plenty of clubs interested again.

At 29, Shaqiri needs to overcome his injury problems to get back to seeing regular interest in his services. An outstanding level of performance for his national side, though, will naturally have teams interested again in a player who has shone for much of his career. Breaking through at FC Basel, he became a star name including with a goal against England as a teenager. Moves to FC Bayern, Internazionale, and then Stoke City arrived before he turned up at Anfield.

At the Reds, Shaqiri has been a key impact sub, with key moments including setting goals up in the 4-0 win against FC Barcelona and a brace against Manchester United. However, last year, he made just 14 appearances for Liverpool, failing to score though setting up two gaosl. Indeed, all of his goals this year have come either in the League Cup or for his national side. Out of the picture at Liverpool mainly due to injury, Shaqiri will either have to find physical form again to get a run in the side or move on to find more regular gametime.

Is Xherdan Shaqiri likely to move on this summer?

Though his lack of games on the surface looks like Jurgen Klopp does not trust the playmaker, that is not the case. Instead, a series of fitness issues have blighted his time at Anfield, and various parts of his career. Still, that has not stopped Shaqiri finding form for his national side, playing in many of their key wins at World Cup qualifying and in the Euros themselves.

An outstanding passer of the ball with a tremendous finish from distance, Shaqiri would be the ideal addition to most national sides. However, a lack of fitness has often blighted his post-Basel career, and that might stop the wide playmaker from getting the move that he would want this summer. Some tentative links to clubs in Russia and Turkey exist, but it is believed that Shaqiri would rather sign for a club in a more high-profile league.

Despite fitness issues in the past, Shaqiri has used international games as a springboard in his career more than once. Expect the same again to happen this summer, as he uses the Euros to show his quality at the highest level once again – all the while showing a durability that has been missing for far too long in his later career.

Though a risk for many clubs, it is rare that a player with his finishing, passing, and technique will become available; as such, expect suitors to be numerous.