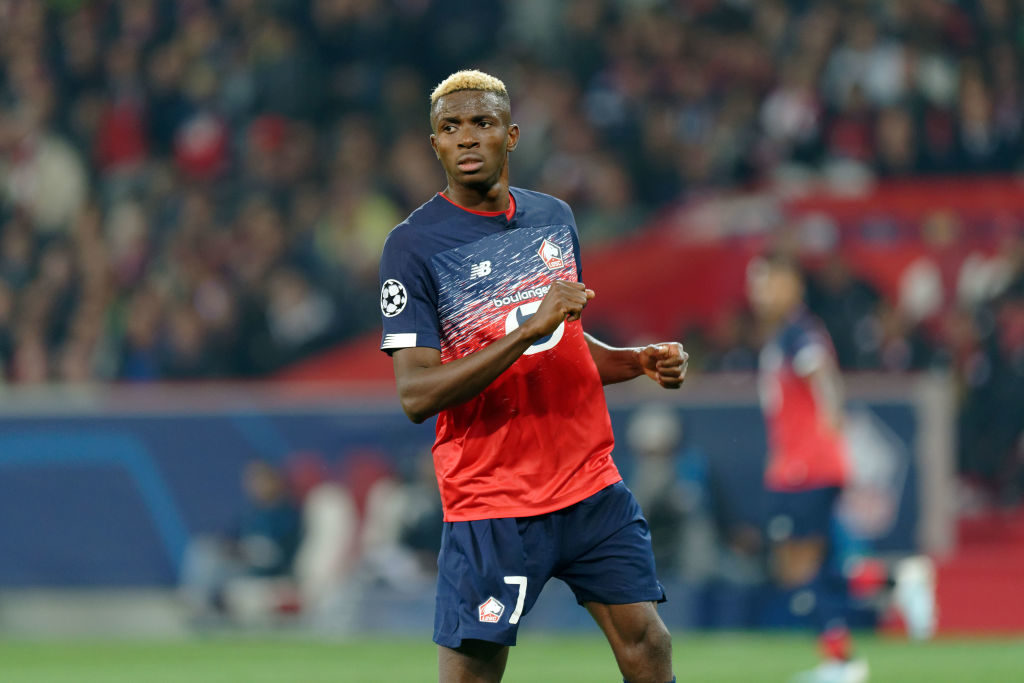 Seen as one of the most exciting forward players in Europe, Nigerian international Victor Osimhen has made a huge impression. A stunning debut season with Lille OSC already sees the player out of their price range to keep him, with an exit to a top club in Italy or England now expected. However, the player was expected to be a Napoli player by now; a change of agent, though, has led to a breakdown in discussions.

Previous agreements fell flat when the Nigerian surprisingly changed agents, leaving both his current club and future buyers unsure of who they were negotiating with. This limbo has left a move to Italy – where Napoli coach Rino Gattuso sees Osimhen as his ‘all or nothing’ target – in doubt. It’s also reported that his new agent has been ringing around Premier League clubs trying to drum up late interest.

Tentative reports of a move from either Manchester United or Liverpool are circling, though it’s hard to determine the veracity. What is known, though, is that a ‘done for’ deal to head to Italy looks to have stalled at just the wrong moment. This could leave both the player and the clubs involved uncertain about what the future holds until later in the summer.

For now, then, it would be fair to say that one of the most exciting young forwards in Europe is struggling to find the next club thanks to, once again, the confusion brought about by the introduction of agents.