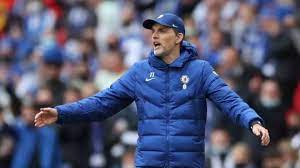 For Chelsea fans, listening to people moan about money has become a common refrain since Roman Abramovich bought the club. Blues fans have grown sadly used to the needless barbs that come from other supports about the cost of their playing staff. Despite being self-sustainable for a long time now, it is still common for the ‘bought it’ and ‘plastic’ shouts to hang around in the air.

However, with a long season ahead, current Chelsea boss Thomas Tuchel was quick to bite back at questions about the cost of his squad. Rotation is expected for a cup tie against Aston Villa, with a rotated squad still expected to have a value of around £300m in fees alone. Despite the fact that Premier League spending has become eye-watering for almost every club, Chelsea have amassed a strong squad with huge depth.

Many of those players will get a chance to play against Villa in the League Cup. The likes of Timo Werner (£45m) and Ben Chilwell (£50m) are likely to make some of their first appearances this year. This has led to some outcry from outsiders, suggesting that Chelsea cannot really talk about rotation when the quality of player coming in – and the cost – is so high.

The fact that goalkeeper Kepa is now the back-up understudy to Edouard Mendy, despite being the most expensive goalkeeper in history, has also caused consternation. Tuchel, though, offered the perfect riposte to talk that his squad was simply too expensive.

What did Thomas Tuchel say about squad rotation?

Speaking at his pre-game press conference, Tuchel was pressed on the cost of his squad. The German, who is never one to hide his displeasure with press silliness, bit back by asking: “Who cares about the money? The money was paid and so what now?

“The question is now can we afford to have him as a goalkeeper? We have two super strong goalkeepers and we need both of them.”

It is a fair response, and one that seems in-line with his general thinking. Since arriving at the club, Tuchel has been quick to work out who he can and cannot trust. This has led to success in Europe, as well as amassing a squad with some truly exceptional players in all positions.

The majority of last summers big signings, such as Hakim Ziyech, are rarely seen in the Chelsea kit. So, too, are one-time prodigies such as Callum Hudson-Odoi and Ruben Loftus-Cheek. Given the sheer standard of the quality in the Chelsea squad, though, even new arrivals such as Saul are still working their way into the XI.

Tuchel, though, was quick to praise the likes of Werner, saying: “We know that he can be much more dangerous and much more of an attacking threat than he was. In the last training sessions he’s been more relaxed, more fluid in his movements, and showing more confidence.

“And that’s why we put him on early against Tottenham, because we saw this development and there are clear signs that he is on a good way. And I hope he can show and prove it.”

For Blues fans, then, it is nice to see a coach finally bite back about discussion over costs and fees.