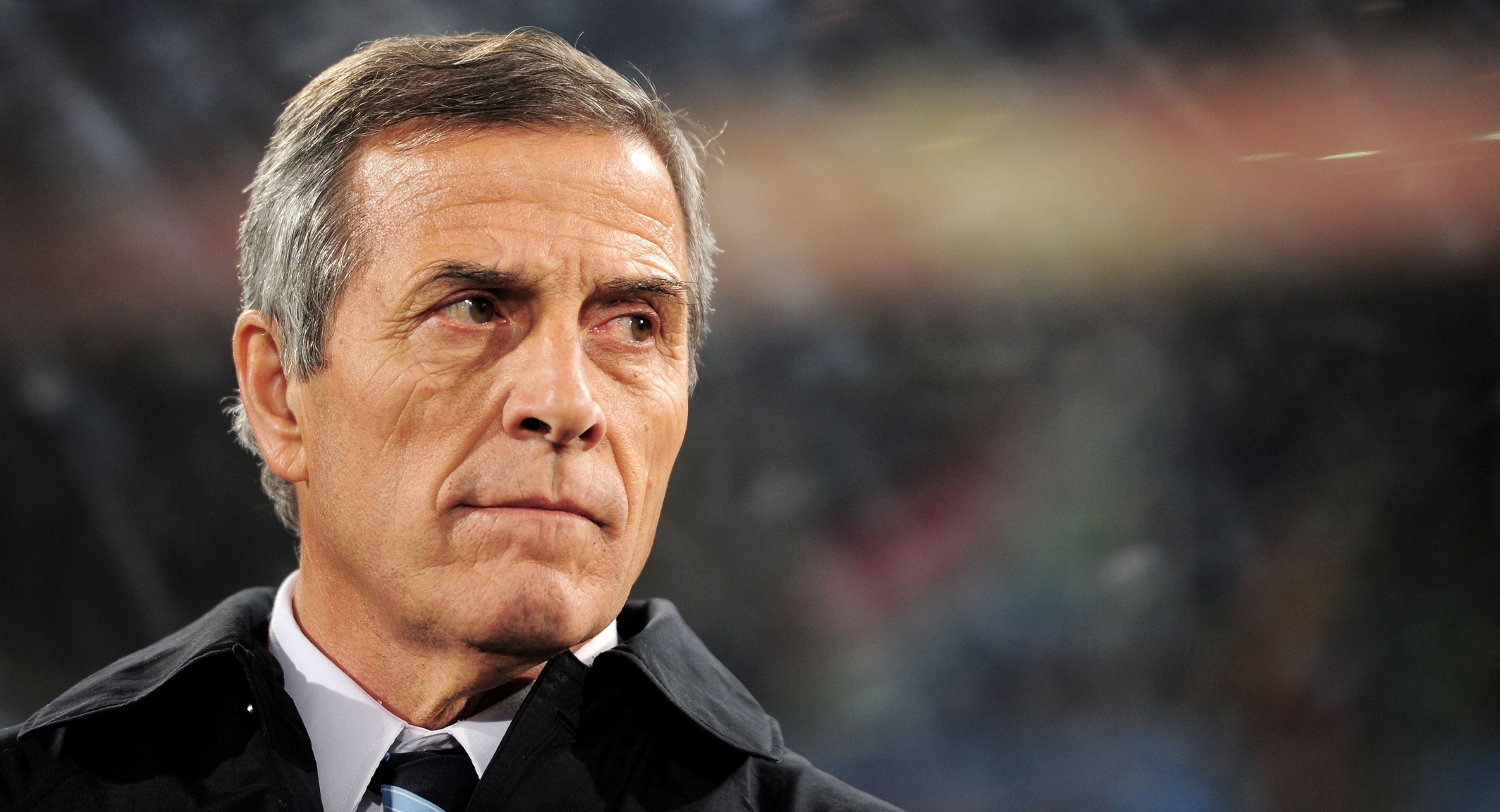 When you look at the list of great coaches of the last twenty years, the names are usually quite easy to agree upon. The likes of Alex Ferguson, Carlo Ancelotti, Jose Mourinho, Josep Guardiola, Jurgen Klopp and Zinedine Zidane all come to mind. All six of these coaches have won the UEFA Champions League as well as ample domestic silverware. They have become renowned in the world for their work, their progress, and their commitment to numerous clubs.

One man who gets nowhere near the expected and deserved recognition, though, is Oscar Washington Tabarez. If you watched any of the FIFA tournaments involving South American nations in recent years, you will know of him. For it’s down to the work of this Montevideo native that Uruguay, a tiny nation of just 3.45m people, is rated as one of the best football nations on the planet.

He’s also the longest serving international manager of all-time and has won a series of impressive accolades in charge of La Celeste. Indeed, nobody has taken charge of more World Cup qualifying games in South America than the professor himself. He’s also won 30 games at Copa America tournaments, including a flagship win in 2011, and has taken his nation to six tournaments of this nature. His real success, though, has come at FIFA World Cup level.

The return of the original underdog

If you know about early football history, then you will know that Uruguay were winners of the FIFA World Cup in 1930 and 1950. They won the inaugural World Cup as hosts, and then won the 1950 edition by defeating Brazil on their own pitch. They also won 1924 and 1928 Olympic football gold medals which are seen as an equivalent of winning a FIFA World Cup at the time.

So, this tiny nation is not only the winner of four World Cup titles; they are also the winner of the Copa America a whopping 15 times. Add in a 1980 Mundialito, a popular tournament of former World Cup champions, and they hold a world record of 20 international titles – nobody can beat that.

Keep that in mind when you remember that for much of the 1990s and 2000s that Uruguay were a bit of a sporting joke in South America. Tabarez first managed the national team in 1988 until 1990, moving on after the 1990 FIFA World Cup. After that, he spent time coaching at club level – including major jobs like Boca Juniors and AC Milan – before a return to the national team in 2006. Since then, he has established Uruguay as pound-for-pound the most impressive football nation on the planet.

The 2010 World Cup restored their reputation as a global footballing power. They came fourth in the tournament, losing out in the Semi-Final to the Netherlands before losing to Germany in the third place play-off. This, though, was a tournament that boosted the careers of the likes of Luis Suarez, Cristian Rodriguez, Diego Forlan and Diego Godin.

A 2011 Copa America which seen them win the tournament going undefeated in 18 games from 2011 to 2012 in doing so. They won the title unbeaten, conceding just three goals en route to the title win. It was their last trophy win, and their first since the 1995 Copa America.

While many might look to the trophy-gobbling coaches of the European game as the elite, taking your home nation from the relative doldrums back to being one of the biggest overachievers in world sport over a 14-plus year period is one of the most impressive achievements in modern football.

So, the next time you see someone discussing the top coaches in the world, make sure you put forward The Teacher himself as one of the most undervalued names in the sport.