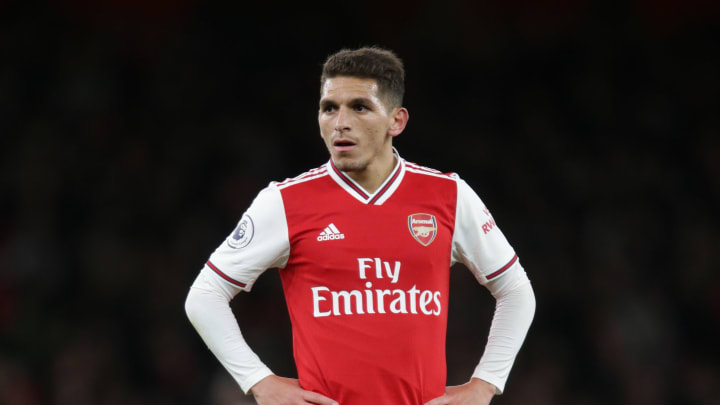 As one of the most exciting signings in recent Arsenal history, midfield pit-bull Lucas Torreira was supposed to offer Arsenal a grit they have lacked for many years. However, the little Uruguayan failed to settle in England, and was loaned to Atletico Madrid this year. Having made his name in the Italian top flight, though, he has equally failed to impress at Atleti, with coach Diego Simeone offering precious few moments to the talent. The future, then, looks a confusing one for Arsenal.

Things became even more confusing, though, when Torreira announced he had one aim at the moment – to return to South America and play for Boca Juniors. The death of a close family member left Torreira desperate to head near his home and to play for the team that he supports, Boca, in a tribute to lost family members. The move, though, will not be sanctioned as Arsenal will not be able to extract the maximum value expected for Torreira from Boca.

Indeed, the players father was recently speaking to a show in Argentina, and made clear that a move to his boyhood club is very unlikely at present.

What did Ricardo Torreira say about a transfer to Boca Juniors?

Speaking to Show de Boca, Torreira’s father was open about the opportunity for his son to return to South America being a highly unlikely one. When asked about what the situation could involve, his father said: The arrival of Lucas to Boca will be quite difficult, there hasn’t been movement in that situation. It happened only from a wish, we generated an inconvenience to Boca.

“I don’t know if Boca are in a position to face what Arsenal will ask for Lucas’s loan. I don’t know. Surely, I do not think Lucas will play for Arsenal this year. If it’s not Boca, his destiny will be Italy or France.

“We are left with the desire, instead of generating joy we generate an inconvenience to Boca’s leadership.”

The fact that such a move might not happen, then, will leave Torreira likely looking to head back to Italy. One move that was touted before was a move to Marseille, who are now coached by Jorge Sampaoli. However, other teams in France have been linked with a move, while the majority of the bigger clubs in Italy have expressed quiet interest.

Torreira made his name as a ball-winning, energetic playmaker with Sampdoria. His move to Arsenal was seen as a surprise at the time, as a more likely move was believed to have been within Serie A. With the player making clear he has a very limited remit for where he wants to play next, though, Arsenal will likely need to work hard to maximise their returns.

With such a limited number of clubs and also with the specific nature of his requests, though, other clubs will know that Arsenal will be limited in what they can ask for in return. Signed as a piece of the future, now Arsenal now might need to make a loss to try and move on from a player who has simply not settled in England.