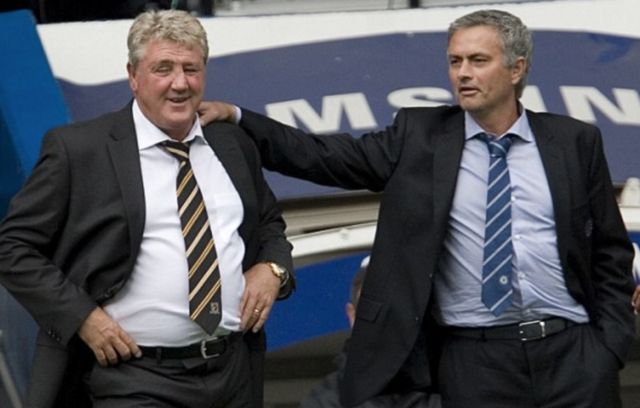 Having been essentially chased out of the Premier League from Tottenham Hotspur, most assumed that Jose Mourinho’s time in England was done. However, the former Chelsea and Manchester United boss has been linked with a surprise return despite only arriving at AS Roma in the summer of 2021. A strong start to life in Rome has seen talk of a revival under Mourinho, but the Portuguese has also been linked with several roles. The most likely role was Newcastle United.

Mourinho himself has a strange connection to the North East. Despite never playing there or coaching there, he has had some emotional moments in his career take place at Newcastle. He also has what he called an ‘emotional connection’ to the club due to his relationship with Bobby Robson. The late great ex-Newcastle manager was a proud Geordie, and was affectionate about Newcastle until the end.

Speaking about his relationship with Robson and Newcastle, Mourinho had noted: “The only thing I can say is that for many, many years, I worked with one of the most important figures in the history of Newcastle, Sir Bobby Robson, and so because of that I have always had a bit of an emotional connection with that city and that fanbase. But it’s nothing more than that.”

Given the takeover has armed Newcastle with more wealth than any other club in the world, fans were excited at talk of Mourinho arriving. He is a big name, the kind of figure who tends to thrive on Tyneside, and his previous connection to Robson was enough to have some fans hearts fluttering.

However, Mourinho shot down talk of a return to England, committing himself to the job at Roma for the long-term.

Will Mourinho stay true to his word?

It looks likely. Since he arrived at Roma, there has been a conscious mentality shift at the club as key players have found form that was missing in the past. The key example is Lorenzo Pellegrini, the club captain under Mourinho. From day one, the Portuguese put faith in his Italian captain and declared him as the heart of the team even ahead of the likes of Nicolo Zaniolo.

Made captain, Pellegrini has rewarded Mourinho with eight goals from midfield already this year and looks set to have a career year. With a three-year deal in place, Mourinho has also started planning for his January transfers and has been promised strong backing by the Friedkin Group, the owners of Roma.

When pushed on whether or not he would be eager to go to Newcastle, Mourinho shot down the chat by saying: “No. Absolutely not. I signed for three years and nothing can make me leave these lads.”

So, for now, it looks like Jose Mourinho will be staying at Roma. Given his charm offensive on the fans and the city since his arrival, and the quick way he has been taken to the hearts of locals, an early exit would have been an incredible shock for all involved.