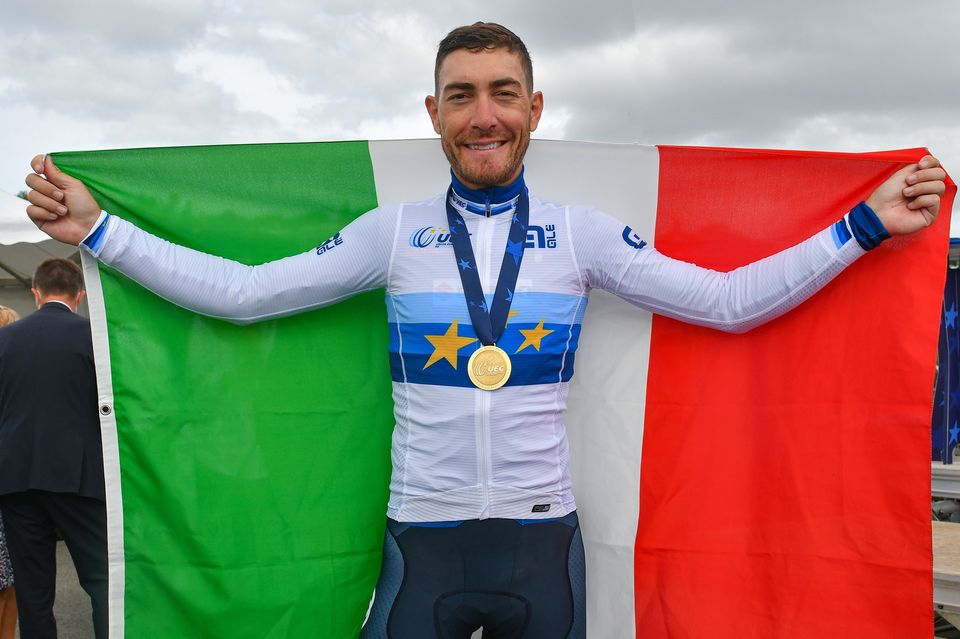 The Étoile de Bessèges (Star of Bessèges) is an early-season five-day road bicycle racing stage race held annually around Bessèges, in the Gard department of the Languedoc-Roussillon region of France. This year, race is going to be held from February, 3rd till February, 7th.  This tour was first organized in 1971 as a one-day race, and it became a stage race run over five days in 1974.

Since 2005, it is on the calendar of the UCI Europe Tour as a 2.1 event and features as the earliest stage races of the European season.

There are several Italian cyclists who are participating in different teams, such as Filippo Ganna, Salvatore Puccio, Vincenzo Nibali, Mauro Finetto, and others. We would like to make a stop and tell more about one of the Sprinters who should shine during the Étoile de Bessèges race.

Born in Milan, in 1989, Nizzolo is one of the cyclist we will watch closely this race.

The European champion hasn’t raced since abandoning the Tour de France in 2020 but Nizzolo and his team will be hoping he can replicate his early-season form from last year, when he won stages in both the Tour Down Under and Paris-Nice before wining his national road title and the Europeans in the space of just a few days.

Frankly, his team desperately need him to shine throughout this campaign after a number of uninspiring signings in the off-season. They have mitigating circumstances, given they were fighting for survival, and Fabio Aru deserves another punt, but Nizzolo is the team’s real star and the undulating terrain in Bessèges is perfect for him.

His lead-out has been beefed up over the winter, and Simon Clarke is worth watching too. He took second on a stage here last year and generally starts the season in competitive form.

“As always for the first race of the season I’m very excited and it will be interesting what is our current level. We had a good camp but I don’t feel at my absolute optimum as I have had an issue with my knee. I feel that it’s been getting better and better every day at the camp, even when I wasn’t able to train exactly how I’d wanted to.

So I think we go there without pressure but obviously if there is an opportunity to score a result we will try every day where there is a chance. I think that we also have some good guys for the overall too in Michael Gogl and Simon Clarke and it will be interesting to see how we can go in the sprint with the new guys. Obviously with Pelucchi there is a long history but we have to, as a team, find our place in the bunch”.

Among his support will be long-term friend Matteo Pelucchi, who makes his first start for Team Qhubeka ASSOS.

He is professional Italian road cyclist (32 years old) born in the part North part of Italy, in the place called Giussano.

Together with Nizzolo they make a great team and more likely we will see a good input in the upcoming French race.