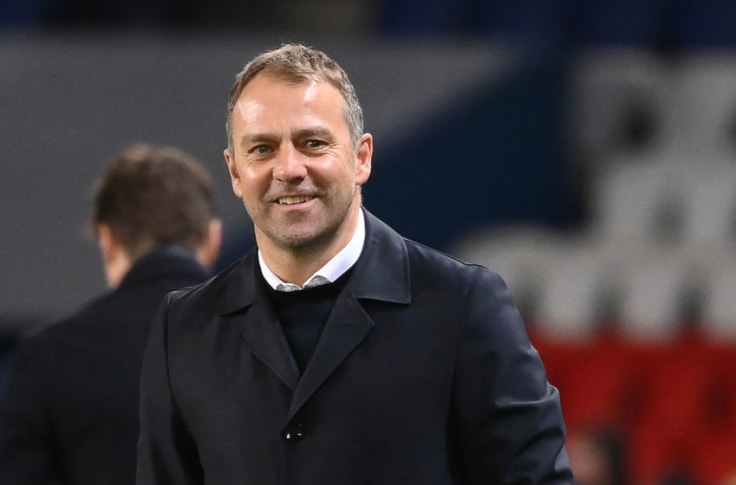 With the German national side heading off to the EURO 2021 tournament knowing coach Jogi Lowe will step down after the tournament, there is talk that Hansi Flick could be pre-appointed before the tournament begins. The coach was once part of the German coaching staff and has long been respected as a top coach. His work at Bayern, which includes winning three domestic trophies and the UEFA Champions League, has been regarded as some of the finest in Europe. However, his acrimonious departure in the summer – to be replaced by Julien Nagelsmann – could open the opportunity for a move to his ‘dream’ job in the German national team coaching role.

The rumours have been growing steadier, and it now looks like the FA are keen to make an announcement sooner rather than later. Just as Antonio Conte done when leaving the Italy role after the UEFA Euro tournament, an announcement could be made before the tournament even begins. This would give the team impetus to win for Lowe and themselves, but also give some continuity to the national side once the tournament comes to an end.

Will the German FA land their dream coach?

Flick has long been seen as a man who could take over from Lowe down the line. His excellent coaching resume and his modern grasp on tactics and on man management make him the ideal national team coach. So much so that when German FA director Oliver Bierhoff was asked to give an update on the progress being made, he was positive.

Despite normally keeping their cards close to their chest, the German FA’s openness about their desire to appoint Flick shows how serious they are. When asked to elaborate on how talks are going, Bierhoff said: “We know that Hansi is a sought-after man,

“We had good conversations, you are never sure, but I am positive. Flick has to think, of course, so you have to give him the time. We’ll stay tuned, and we’d all be happy with him as national coach.

“My dream schedule would be to make the whole thing done before the Euros so that you don’t have to talk about this topic at the tournament.”

The FA director was taking part in punditry regarding the DFB-Pokal Final, where Borussia Dortmund trounced RB Leipzig 4-1. It was, though, among the first times that we have heard someone from the German FA come out and openly state they intend to tie-up Flick as soon as possible. This clear statement shows that with Flick already confirmed as leaving FC Bayern in the summer the German FA do not see any point in beating around the bush.

A hire will be made in the near future, and it is very likely that the hire is going to come from the German title winners. With Flick more or less groomed for the role for years in advance, this might finally be the successor to Lowe that the FA has been hoping would come around.