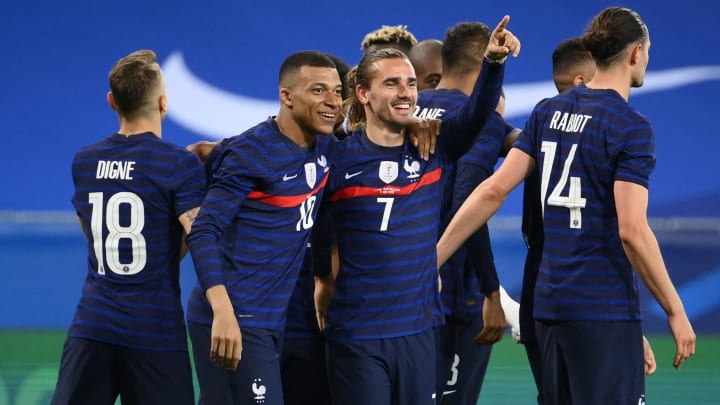 For a national team, talent and tactics are one thing: togetherness is another. For years, nations such as Spain, England, and the Netherlands have entered tournaments with brilliant squads. However, club loyalties and cultural differences among teammates soon pop up and it can be hard for nations to keep it all together. No matter the talent or the ideas; if a poison injects itself into the dressing room, it is hard to escape that toxin. Spain done so for the 2008-2012 run, with the infamous Barcelona and Real Madrid divides put aside for national glory. France, too, has put differences aside in key wins such as the 1998 FIFA World Cup and the 2018 edition.

However, Euro 2020 appears to be getting off to a familiarly fiery start for Le Bleus. The two dominant forwards in the striking pool, Olivier Giroud and Kylian Mbappe, are reported to have had a roaring bust-up in training. With the tournament starting tomorrow and France in-line for their first game on Tuesday, there remains little time for coach Didier Deschamps to turn things around.

While Karim Benzema has returned, a pre-tournament knock might mean he cannot take part in the initial first match-up. For France, the partnership between Giroud and Mbappe was essential for the 2018 victory. Can they repeat that same enthusiasm and style as we head into this tournament?

With reports of a bust-up that was pretty intense, fans are worried that a familiar clash of personalities might have popped up at just the wrong moment. Just as it has sunk previous tournaments, mostly notable the 2008 Euros and 2010 World Cup, a clash of egos could conspire to bring down a France team that, on a talent level, is favourite to win.

Can France fix things before Germany on Tuesday?

Reports suggest that both players lost it with each other, with Giroud unhappy at his position on the national side striking pool. He currently resides at fourth spot, with Benzema, Antoine Griezmann, and Mbappe preferred. Given he is so close to the national team goalscoring record, and given he played such a key role in 2018, Giroud might rightly feel like he is being replaced without fair reason.

Giroud is reported to have complained heavily about teammates – especially Mbappe – saying that nobody had passed to him in the second half of the game. This was met with furious response, to the point where Mbappe intended to do a press conference to ‘clear his name’, as it were. Deschamps, though, told him to get his head on the opening fixture with Germany.

There is palpable tension, then, to see if Deschamps – famed for his man management skills – can turn things around and get the team back on the same page. The last thing he needs is a breakdown in communication and trust between his striking pool. If France cannot find a quick solution, though, it could derail their hopes of winning the Euros before they even get started.