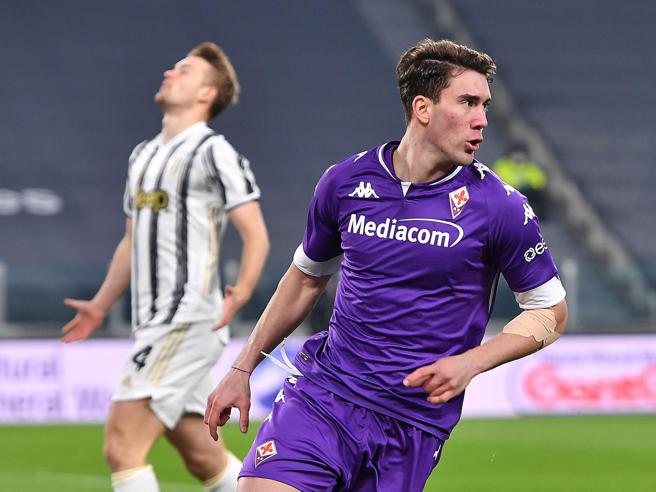 Ask any Fiorentina fan who the biggest rivals of the club are, and they will tell you simply – Juventus. Despite Viola and Bianconeri holding very different sporting goals, there is a natural animosity between both supports. This was made during the Roberto Baggio transfer saga, and the hatred has never really subsided since. Though more of a one-sided hatred – Juventus consider Internazionale their biggest rival – there is a clear dislike among both clubs. So, when they find time to do business with one another it is usually a one-sided affair.

The signing of Dusan Vlahovic, then, will do nothing to adjust the bad blood that is being felt. The Serbian has signed a long-term deal to move to Juventus for a fee believed to be around €70m. Fiorentina fans are furious; at the club, the player, and the general situation. Only recently, Viola CEO Rocco Commisso had made clear that he was not willing to sell the Serbian – and especially not to the Old Lady.

That, though, has taken place. The signing of Cabral from Basel has done little to appease fans who feel like the club has sold away the rest of the season which looked so promising. However, according to Daniele Prade, the Fiorentina director, the club were ‘prisoners’ to the demands of Vlahovic and his agent.

At a tense press conference, the Fiorentina director tried to defend the clubs decisions to sell by saying: “Everyone knew full well what the situation was with Vlahovic and it was impossible to say no to that proposal,

“We understand the bitterness of the fans, but there are some situations that go beyond all of us. The clubs are close to becoming prisoners of agents and players. We couldn’t say no to this because we risked losing him for free. This is modern football and we can only hope that things change.”

The arrival of media mastermind Commisso was supposed to signal a changing for Fiorentina. A club that used to fight for titles now looked to simply escape relegation and exist. The new CEO intended to make major changes, but the latest exit – following in the footsteps of the very Juve-favourable deal for Federico Chiesa – is not one that is going to go down very well at all with the fans.

Banners and abuse have been prevalent, with Commisso quick to come out and defend himself. Prade admitted himself that he felt “worried” by the words of Commisso, who is reportedly now questioning his future at the club he has invested so much into.

Saying that he would ‘reflect’ on what to do next following the fan outcry, Prade admitted he was ‘worried’, adding: “I too heard that interview and I too am worried by his words. Commisso is a man who gives his all, passion and enthusiasm as well as money. I understand his disappointment. It’s too early now to say what his feelings are, but the coach and squad will do everything we can to give back that energy and enthusiasm.

“I hope we can win back the fans with hard work, fairness and winning as many games as possible.”

For a club so used to heartbreak, the loss of Vlahovic so late in the window, to Juventus, has been a killer blow for the feelgood factor around the Tuscan giants.