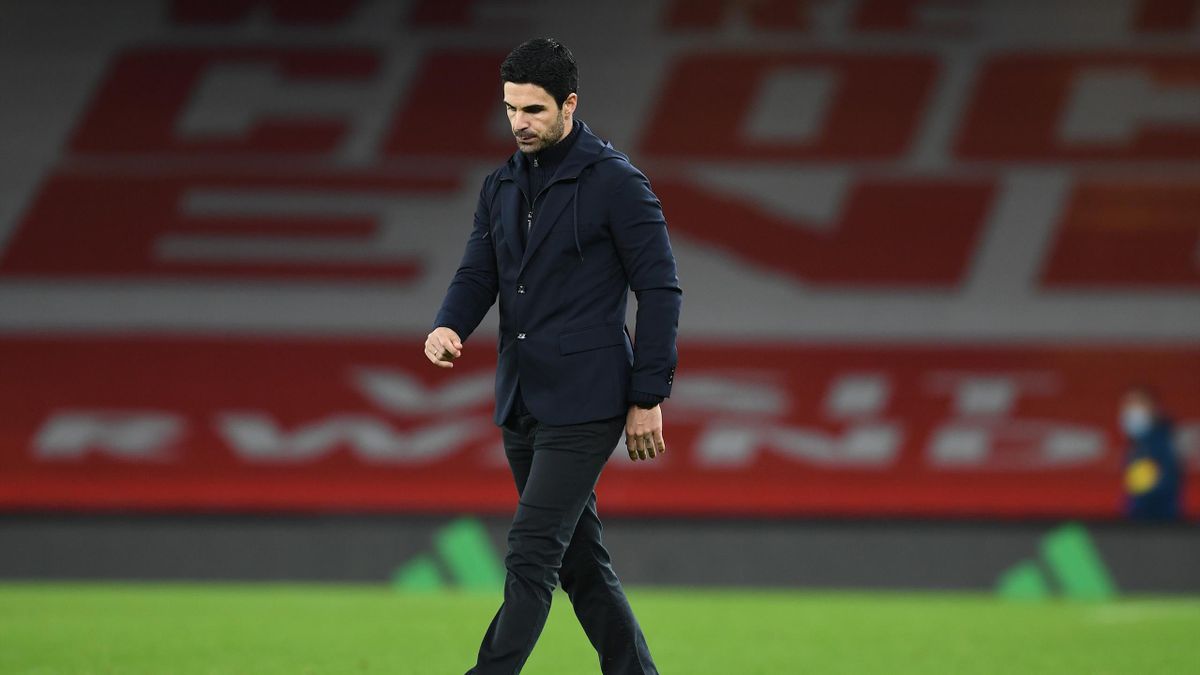 When appointed to take over from Unai Emery, Arsenal fans hoped they had found a coach to build a legacy. Arriving from Manchester City fresh with new ideas and enthusiastic thinking, Arteta set about making his impact at Arsenal felt in the strongest terms. He ended his first season with an FA Cup victory, a hugely impressive result that left Gunners fans excited for the year to come. However, to say that 2020-21 has been a major let-down for both club and coach would be an understatement.

So much so that there is a lot of speculation pointing to a parting of the ways in the summer. It is believed that Arteta’s UEFA Europa League semi-final loss to his predecessor at Arsenal, Unai Emery, is a major black mark on his record. With Emery seen as a man out of touch and time with the squad, Arteta was supposed to bring a tactical innovation that would have changed things. Emery, though, was sacked for failing. Indeed, even his worst moments cannot match up with the current Arsenal malaise.

A disjointed, bloated squad with wages invested in the wrong places. A ninth place finish looking more and more likely, meaning no European football. Dwindling revenues and reputation on the biggest stage. A lack of harmony between fans, coach, and boardroom. In essence, there are precious few things at Arsenal to feel upbeat about for any supporter.

Which, really, begs the question – what happens if Arteta goes? Who would take the Arsenal job and offer a chance to break into the upper echelons of the league again?

18 years without a league title – can Arsenal ever return to the top?

While some might say that anything is possible, Arsenal show no signs of having the vision to build a winning team. Some may compare their situation to the one that Jurgen Klopp found Liverpool in when he arrived in 2015. However, the transfer setup at Liverpool was built on proper analysis as opposed to agency deals and managerial picks. As such, Liverpool could build a young, aggressive squad on their budget.

With Arsenal having so many funds sunk into the contracts of veterans and otherwise poor fits, it is much harder to escape their malaise. Add in an ownership group that has shown precious little ambition for years now, and it is very tough to see Arsenal moving away from being a player trading hub as opposed to a club that can actually try to win trophies consistently.

Arteta, for his part, has simply looked too inexperienced to stop the malaise. At first, he spoke of the importance of discipline and setting standards, which led to the exit of Matteo Guendouzi. However, those standards have dipped, and the coach no longer looks to be the in control figure that he was in the past.

There is a lot of discussion around Arsenal every summer, but this could become one of the most crucial junctions in their modern history. If Arteta does go, what is next?