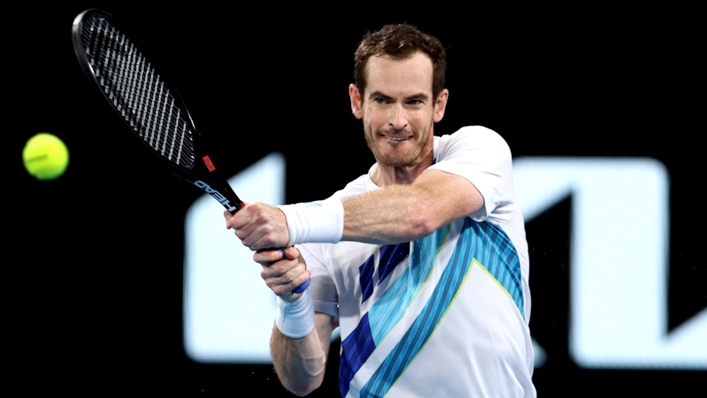 After having one of the most stellar careers of any British sportsman in recent memory, Andy Murray was long-regarded as a UK national treasure. However, a serious hip injury led to early retirement before a comeback took place. Despite returning to the court, though, wins at major tournaments and success at the highest level has eluded the Scot until this point.

Having made it through to the last four of the Sydney Tennis Classic, though, Murray could add another tournament win to his impressive list of successes. As Australia has most of its eyes on the ever-moving Novak Djokovic situation, other players have gotten on with the actual action on the court at the pre-Grand Slam event in Sydney. Murray has impressed so far, reaching the final, four after taking down David Goffin.

Goffin, who had to retire through injury after the first set, which Murray took 6-2, called time on the match. The Scot, 34, is on a three-match winning streak at tour level. This is the first time he has done so since a European Open win in 2019. In the next round, Murray will face off against the giant Reilly Opelka, who stands at a daunting 6ft 11in.

For Murray, it was an impressive first set to win with such dominance. Given his inconsistency in his career since returning to the court, to be able to win here with such relative comfort was seen as an impressive landmark for the Scot as he tries to find his form once again. Though it is highly likely his days of Grand Slam success are long done, for the 34-year-old it is a chance to continue to show the world that he can still compete as a high-ranking tennis professional moving forward.

Murray looking back to some form of consistency

The Scottish talent has long been seen as ‘finished’ in the eyes of the crueller tennis commentariat. However, impressive wins against the likes of Nikoloz Basilashvili, who was Number 23 in the world at the time, across a three-hour match showed his indomitable spirit remains. Crucially, though, it showed that stamina and staying power have improved after concerns that Murray could no longer last the pace in a longer, more tactical match-up in the game.

Murray isn’t the only American to have a chance at success in Sydney, though. Other last-eight events are still taking place, with British No. 3 Dan Evans taking on Maxime Cressy and Liam Broady, the British No. 4 in the rankings, defeated Jeffrey Wolf to reach the final qualifying rounds for the Australian Open. He will face off against Roman Safiullin in the final qualification match.

Murray looks to have a chance at winning another piece of silverware. While it might be a long way away from the days when he was lifting the Wimbledon titles and winning gold in the 2012 Olympics, it is a semblance of the form and quality that the Dunblane man has brought to the sport for so many years.