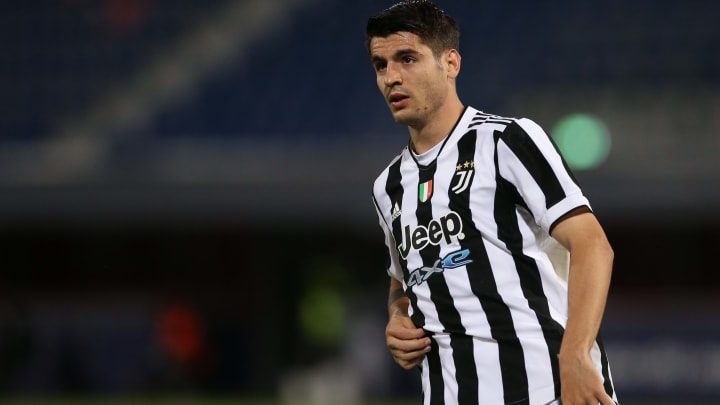 As a player who has moved around the top clubs in Europe for several years now, Alvaro Morata is craving a home. The player started out as a substitute at Real Madrid, before hugely impressing for Juventus in a loan spell. He even scored goals that helped to knock Madrid out of Europe en route to a UEFA Champions Final with the Bianconeri.

However, an exit to Chelsea and then a move to Atletico Madrid left Morata at a crossroads. Despite scoring goals for both the Blues and Los Colchoneros, neither club seemed keen to keep the player around much longer. Juventus, though, were on the lookout for a talented striker who could work hard, create space for Cristiano Ronaldo, and score in crucial matches – Morata fitted the bill perfectly.

Originally signing in 2020 on a one-year loan, Juventus had the option to take the loan for a second year. This would then incur a permanent option to buy the player in the summer of 2022. Morata will therefore get to play for the team who he has arguably been most impressive for during a glowing career. The 28-year-old, though, has long sought club stability and with Atletico not interested in a reunion it was left to Juventus to take up the second year option or complete the deal a year early.

What did Alvaro Morata say about returning to Juventus?

As one might expect, the Spaniard was delighted at sealing a return to Juventus for another year. In a statement via Instagram, the player said: “Ciao guys, thank you for your support you all know how important it is for me, to play another year for Juventus,”

“I’m very happy and proud and I can’t wait to share more moments with you at the Stadium. Now I’ll focus on the Euros, which are also very important, but I can’t wait to hug you all. A big hug and Forza Juve, always.”

Last season, the Spanish international played in a whopping 52 games, scoring 22 goals and setting up another 10. His contributions were key to Juventus winning the Copa Italia and also reaching the UEFA Champions League spots after a poor second half to the season. Returning to the club, though, will offer a new challenge as Andrea Pirlo has been moved on from the club. Instead, it will be Italian tactician Max Allegri who takes the role at Juventus again.

The Italian got a huge amount out of Morata last time, though, as it was Allegri who helped to transform Morata from a substitute into a regular starter and performer at the highest level. Therefore, the reunion of a player and coach who have done great things for one another in the past can only be a good thing.

Expect Juventus to be busy in the transfer market. Signing Morata on another loan for a small fee this summer helps to open up funds that can be spread across various other targets.